Sometimes we want to install a specific version of MariaDB, MariaDB ColumnStore, or MaxScale on a certain system, but no packages are available. Or maybe, we simply want to isolate MariaDB from the rest of the system, to be sure that we won't cause any damage.

An existing Docker installation; Running a MySQL Docker Container. If you need to set up a database quickly and without using up too many resources, deploying MySQL in a container is a fast and efficient solution. This is only appropriate for small and medium-sized applications.

A virtual machine would certainly serve the scope. However, this means installing a system on the top of another system. It requires a lot of resources.

In many cases, the best solution is using containers. Docker is a framework that runs containers. A container is meant to run a specific daemon, and the software that is needed for that daemon to properly work. Docker does not virtualize a whole system; a container only includes the packages that are not included in the underlying system.

Docker requires a very small amount of resources. It can run on a virtualized system. It is used both in development and in production environments. Docker is an open source project, released under the Apache License, version 2.

Note that, while your package repositories could have a package called docker, it is probably not the Docker we are talking about. The Docker package could be called docker.io or docker-engine.

For information about installing Docker, see Get Docker in Docker documentation.

Installing Docker on Your System with the Universal Installation Script

The script below will install the Docker repositories, required kernel modules and packages on the most common Linux distributions:

On some systems you may have to start the dockerd daemon yourself:

If you don't have dockerd running, you will get the following error for most docker commands:

The easiest way to use MariaDB on Docker is choosing a MariaDB image and creating a container.

You can download a MariaDB image for Docker from the Offical Docker MariaDB, or choose another image that better suits your needs. You can search Docker Hub (the official set of repositories) for an image with this command:

Once you have found an image that you want to use, you can download it via Docker. Some layers including necessary dependencies will be downloaded too. Note that, once a layer is downloaded for a certain image, Docker will not need to download it again for another image.

For example, if you want to install the default MariaDB image, you can type:

You will see a list of necessary layers. For each layer, Docker will say if it is already present, or its download progress.

mariadbtest is the name we want to assign the container. If we don't specify a name, an id will be automatically generated.

Optionally, after the image name, we can specify some options for mysqld. For example:

Docker will respond with the container's id. But, just to be sure that the container has been created and is running, we can get a list of running containers in this way:

We should get an output similar to this one:

Running and Stopping the Container

Docker allows us to restart a container with a single command:

The container will not be destroyed by this command. The data will still live inside the container, even if MariaDB is not running. To restart the container and see our data, we can issue:

With docker stop, the container will be gracefully terminated: a SIGTERM signal will be sent to the mysqld process, and Docker will wait for the process to shutdown before returning the control to the shell. However, it is also possible to set a timeout, after which the process will be immediately killed with a SIGKILL. Or it is possible to immediately kill the process, with no timeout.

In case we want to destroy a container, perhaps because the image does not suit our needs, we can stop it and then run:

Note that the command above does not destroy the data volume that Docker has created for /var/lib/mysql. If you want to destroy the volume as well, use:

When we start a container, we can use the --restart option to set an automatic restart policy. This is useful in production.

It is possible to change the restart policy of existing, possibly running containers:

A use case for changing the restart policy of existing containers is performing maintenance in production. For example, before upgrading the Docker version, we may want to change all containers restart policy to always, so they will restart as soon as the new version is up and running. However, if some containers are stopped and not needed at the moment, we can change their restart policy to unless-stopped.

A container can also be frozen with the pause command. Docker will freeze the process using croups. MariaDB will not know that it is being frozen and, when we unpause it, MariaDB will resume its work as expected.

Both pause and unpause accept one or more container names. So, if we are running a cluster, we can freeze and resume all nodes simultaneously:

Pausing a container is very useful when we need to temporarily free our system's resources. If the container is not crucial at this moment (for example, it is performing some batch work), we can free it to allow other programs to run faster.

If the container doesn't start, or is not working properly, we can investigate with the following command:

This command shows what the daemon sent to the stdout since the last attempt of starting - the text that we typically see when we invoke mysqld from the command line.

On some systems, commands such as docker stop mariadbtest and docker restart mariadbtest may fail with a permissions error. This can be caused by AppArmor, and even sudo won't allow you to execute the command. In this case, you will need to find out which profile is causing the problem and correct it, or disable it. Disabling AppArmor altogether is not recommended, especially in production.

To check which operations were prevented by AppArmor, see AppArmor Failures in AppArmor documentation.

To disable a profile, create a symlink with the profile name (in this example, mysqld) to etc/apparmor.d/disable, and then reload profiles:

After disabling the profile, you may need to run:

Restarting the system will then allow Docker to operate normally.

To access the container via Bash, we can run this command:

Now we can use normal Linux commands like cd, ls, etc. We will have root privileges. We can even install our favorite file editor, for example:

In some images, no repository is configured by default, so we may need to add them.

Note that if we run mysqladmin shutdown or the SHUTDOWN command to stop the container, the container will be deactivated, and we will automatically exit to our system.

Connecting to MariaDB from Outside the Container

Therefore connections to the MariaDB server must be made using TCP, even when the client is running on the same machine as the server container.

Find the IP address that has been assigned to the container: 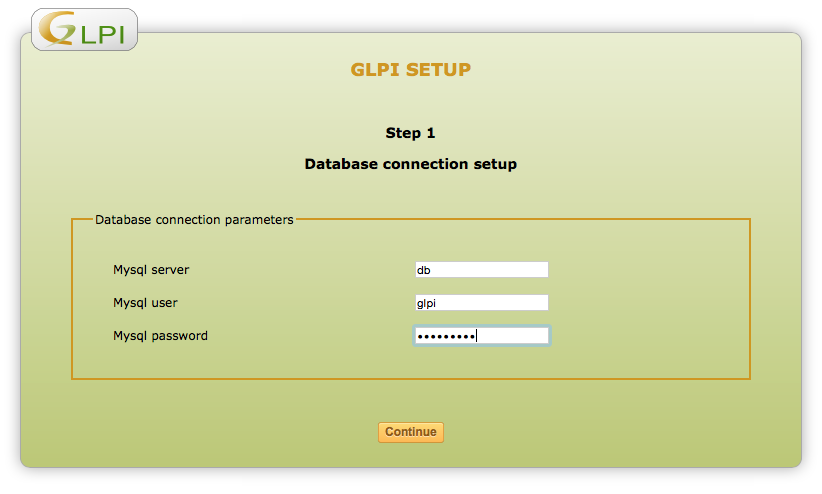 You can now connect to the MariaDB server using a TCP connection to that IP address.

After enabling network connections in MariaDB as described above, we will be able to connect to the server from outside the container.

On the host, run the client and set the server address ('-h') to the container's IP address that you found in the previous step:

This simple form of the connection should work in most situations. Depending on your configuration, it may also be necessary to specify the port for the server or to force TCP mode:

Multiple MariaDB servers running in separate Docker containers can connect to each other using TCP. This is useful for forming a Galera cluster or for replication.

Installing MariaDB on Another Image

It is possible to download a Linux distribution image, and to install MariaDB on it. This is not much harder than installing MariaDB on a regular operating system (which is easy), but it is still the hardest option. Normally we will try existing images first. However, it is possible that no image is available for the exact version we want, or we want a custom installation, or perhaps we want to use a distribution for which no images are available. In these cases, we will install MariaDB in an operating system image.

First, we need the system image to run as a daemon. If we skip this step, MariaDB and all databases will be lost when the container stops.

To demonize an image, we need to give it a command that never ends. In the following example, we will create a Debian Jessie daemon that constantly pings the 8.8.8.8 special address:

At this point, we can enter the shell and issue commands. First we will need to update the repositories, or no packages will be available. We can also update the packages, in case some of them are newer than the image. Then, we will need to install a text editor; we will need it to edit configuration files. For example:

Now we are ready to install MariaDB in the way we prefer.

Content reproduced on this site is the property of its respective owners, and this content is not reviewed in advance by MariaDB. The views, information and opinions expressed by this content do not necessarily represent those of MariaDB or any other party.