Windows Subsystem for Linux (WSL) 2 introduces a significant architectural change as it is a full Linux kernel built by Microsoft, allowing Linux containers to run natively without emulation. With WSL2, Docker can run in it’s full flow in Windows and you can use Docker images built for Linux. The public release of WSL 2 should arrive.

This topic describes how to run your first Windows container, after setting up your environment as described in Get started: Prep Windows for containers. To run a container, you first install a base image, which provides a foundational layer of operating system services to your container. Then you create and run a container image, which is based upon the base image. For details, read on.

Install a container base image

All containers are created from container images. Microsoft offers several starter images, called base images, to choose from (for more details, see Container base images). This procedures pulls (downloads and installs) the lightweight Nano Server base image.

For this simple example, a ‘Hello World’ container image will be created and deployed. For the best experience, run these commands in an elevated command prompt window (but don't use the Windows PowerShell ISE—it doesn't work for interactive sessions with containers, as the containers appear to hang). 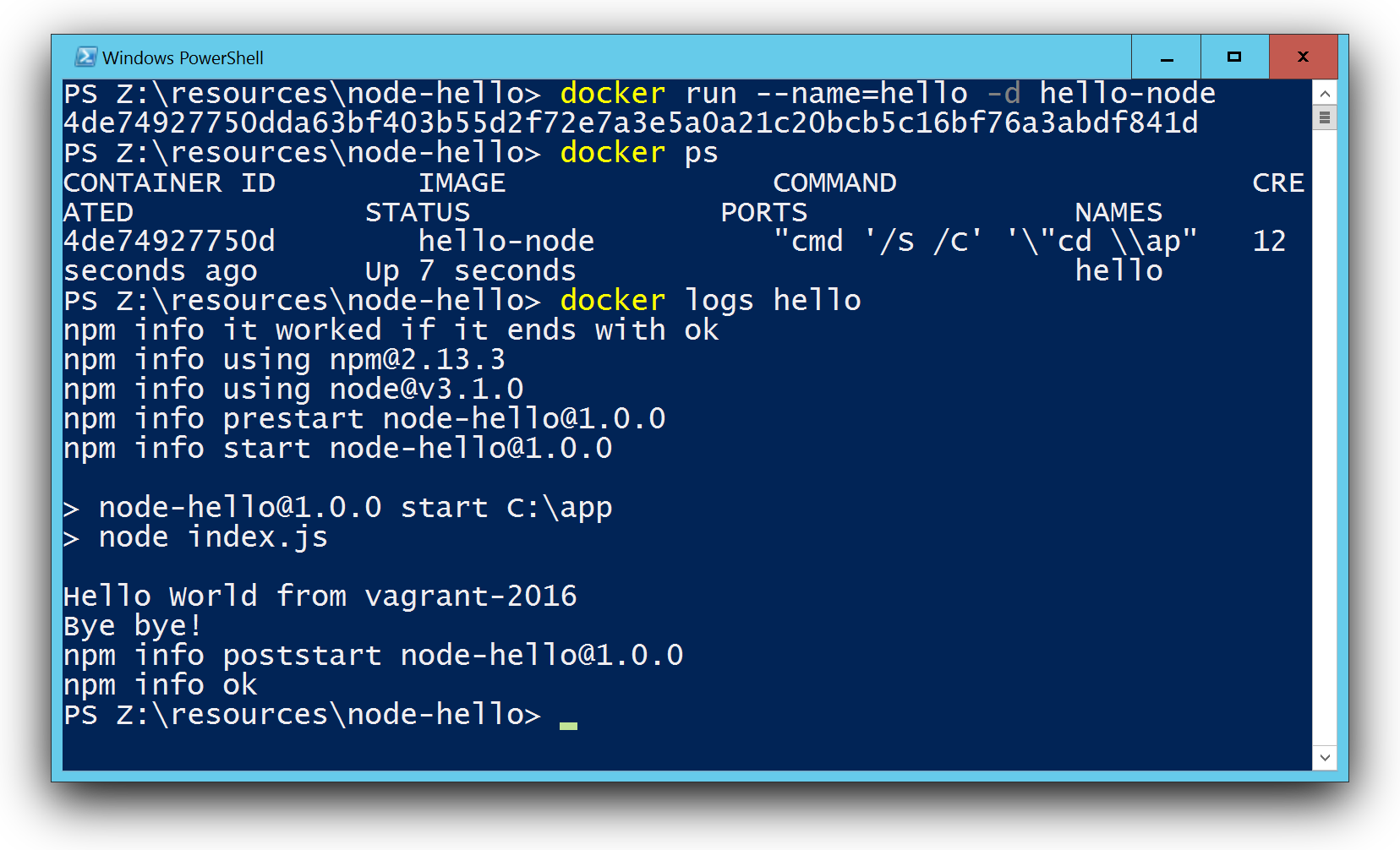 If your host doesn't have a base container image, select the Pull option to open the Pull Container Image settings:

In the Pull Container Image settings, provide the image URL and the tag. If you aren't certain which image to pull, Windows Admin Center provides a list of common images from Microsoft. You can also provide the credentials to pull an image from a private repository. Once you fill out the necessary information, click Pull. Windows Admin Center will start the pull process on the container host. After the download is complete, you should see the new image on the Images tab.

Select the image you want to run, and click Run.

On the Run menu, set up the configuration for the container, such as the container name, the isolation type, which ports to publish, and memory and CPU allocation. Additionally, you can append Docker run commands that are not in the UI, such as -v for persistent volume. For more information on available Docker run parameters, review the documentation.

Once you have finished the configuration for the container, click Run. You can see the status of the running containers on the Containers tab: